Author who wrote about Shrawley Village 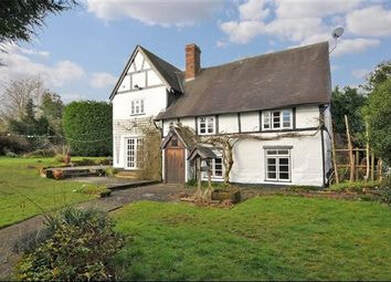 W. P. Hodgkinson was an artist, a philosopher and an author.  He lived in Penrose in Shra​wley and spent his boyhood there.  In later life he wrote two books The Eloquent Silence published in 1946 and The Kingdom is My Garden published in 1947.  The latter concerns his wanderings and observations in a small Worcestershire village called Ridding.  Ridding was in fact a pseudonym for Shrawley, he disguised the name to protect the village from too many visitors.  Hence Ridding Wood was Shrawley Wood and Ridding Brook was Dick Brook.​
We are indebted to Elaine Fellows who has researched the following potted history of the Hodgkinson family.

Wilfred was born on April 30th 1912.  His birth was registered in Martley in June  1912.  His father Edmund was a tin burnisher from the Black Country whilst his mother Annie was a dress maker, born in St. Austell, Cornwall.  Their home was recorded on the 1911 census as "The Stores" but this was probably the property now known as Penrose.  Annie was by then a shop keeper.  Wilfred had older siblings; Evelyn, Ivy and then Edmund Austin born in 1911 the year before Wilfred was born.  By 1939 Edmund  senior was recorded as a news agent and general shop keeper living in Penrose.  Penrose is a black and white cottage (see above), typical of the area but there is no sign of a shop now.

He married Joyce Smith who came from Cornwall as had his mother.  He gave up his academic career to concentrate on his writing.

His father had died by 1948 and is buried in St. Mary's Church Shrawley but to date we don't have any further information as to the rest of the family.

​Wilfred died in 1991 in Winchester, Hampshire